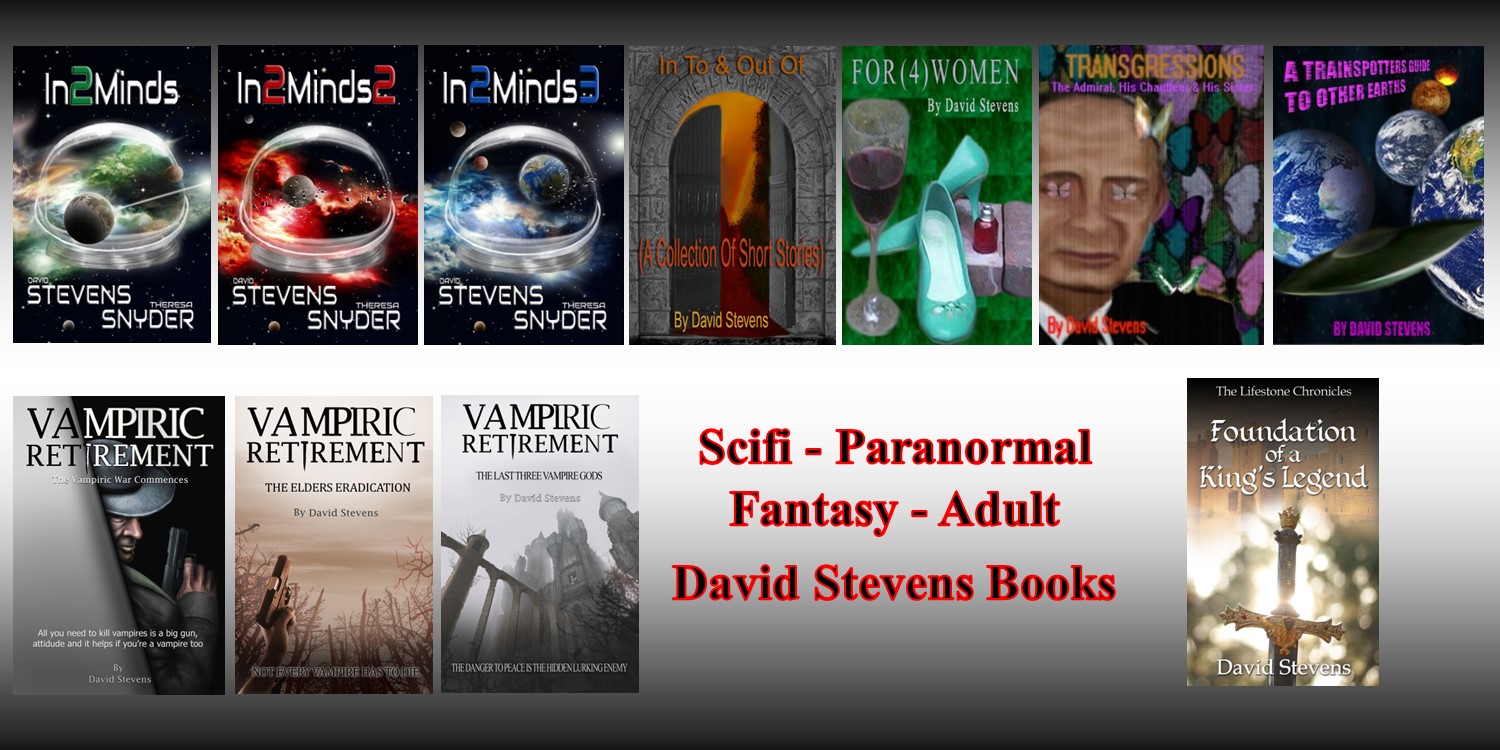 David Stevens is a man of mystery. What isn't mysterious is that he brings his diverse life experiences, along with his vivid imagination, to his unique stories.

From a lone man who counts trains and is swept away to another world, to an astronaut left alone to find his own way home. From an intrepid band of elves, dwarfs, wizards, and an indomitable young girl helping a king defeat the ultimate evil, to a vampire working to make things right when his people decide to revolt and take over the human population's government, Mr. Stevens will never cease to surprise with the twists and turns of his plot.

All sales from Mr. Stevens' book go to help support a friend, a 93 year old veteran of WWII. Another soul who has lived a diverse life and shares Mr. Stevens' love of life and the joys it can bring you.
Posted by Theresa Snyder (3su) at 11:13 AM No comments:


My friends, followers and readers. I do not send out Christmas cards, instead I offer you this short

With my very best wishes for a very Happy Christmas and New Year.

The Saturday morning before Christmas, started much like every other Saturday morning for me and my siblings. We awoke and instantly started making a noise, which eventually woke our sleeping parents. It fell to me to get shouted at by Mum for the excess noise, I being the oldest of her children and therefore deemed (unfairly I think) to be in charge or at least responsible. With both parents now up and the house filled with screaming kids the day had begun.

Everything Stops for Christmas

Merry Christmas to one and all…

Best wishes to you all.


Everything Stops for Christmas…


It had been a tradition for centuries that during the complete month of July, Santa and his wife took a relaxing holiday. The rest of the year he oversaw the construction of the heaps toys and gifts that he would deliver to all the children around the world.

There was one rule in July, Santa Claus was not to be contacted for any but the most serious of reasons. So far, in the first eighteen years of this century, such an event had not occurred. Normally, if things were to go very wrong it would be close to Christmas, as it had been when the reindeer became ill and could not fly, and the dragons saved the day.

Mrs. Claus was sitting just under the shade of a huge palm tree; next to her was her Santa. Unlike her, he liked the sun and was resting back in a striped deckchair. He was currently looking out across the wide expanse of sand leading out to the rich blue ocean beyond. Santa was enjoying watching a sail-boarder swishing across the gentle ripples. He was content, very content. His disguise was working perfectly. He was pleased with himself for having made an appointment to have a whole inch trimmed from his luxurious white beard. Now he believed no one would recognize him as good old Saint Nick!

My Books in eBook